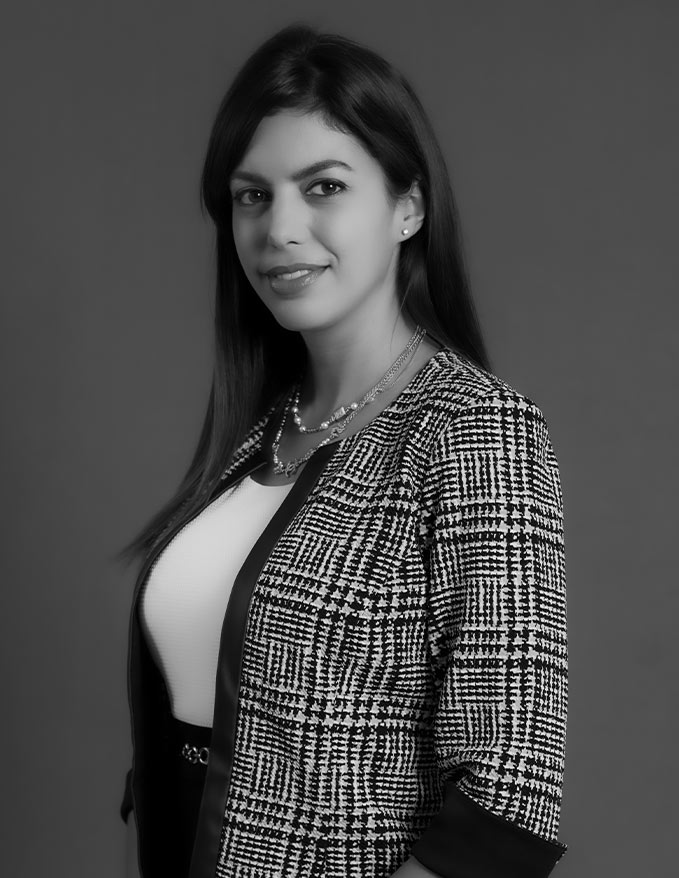 Rayda Alemán is a partner at Perera Alemán. She helps companies and individuals solve problems—both small and large. She represents clients in non-compete litigation, business and commercial litigation, regulatory enforcement proceedings, and education law. She has defended various clients in enforcement actions brought by governmental agencies such as the Federal Trade Commission and the Commodity Futures Trading Commission. Rayda has also represented various proprietary schools in dozens of matters litigated in state and federal courts and in arbitration around the country.

Rayda is a native Floridian, born and raised in Miami by first-generation Cuban immigrants.  Concerned that she might lose her Spanish, her parents enrolled Rayda in the International Studies (IS) Program starting in middle school. This allowed Rayda to take half her classes in Spanish, taught using the same books and curriculum used in Spain, and the other half in English. Under the IS Program, Rayda earned dual high school diplomas—one from the United States and the other from Spain.

Rayda continued her education at the University of Florida where she majored in Business Administration and maintained her Spanish studies with a concentration and minor in Spanish. After graduating from the University of Florida, with honors, Rayda enrolled at Emory University in Atlanta, Georgia. Missing her Latin roots, Rayda competed in the Hispanic National Bar Association’s moot court competition where her team was a semi-finalist.

While in law school, Rayda clerked for the Honorable Henry H. Harnage, then a Circuit Court Judge in the Eleventh Judicial Circuit in Miami-Dade County. This allowed Rayda to gain invaluable experience in civil litigation, and learn first-hand the best techniques to sway a Judge.  Upon graduating from law school, Rayda moved back to Miami to work for a top local litigation boutique firm where she worked for over a decade and a half.