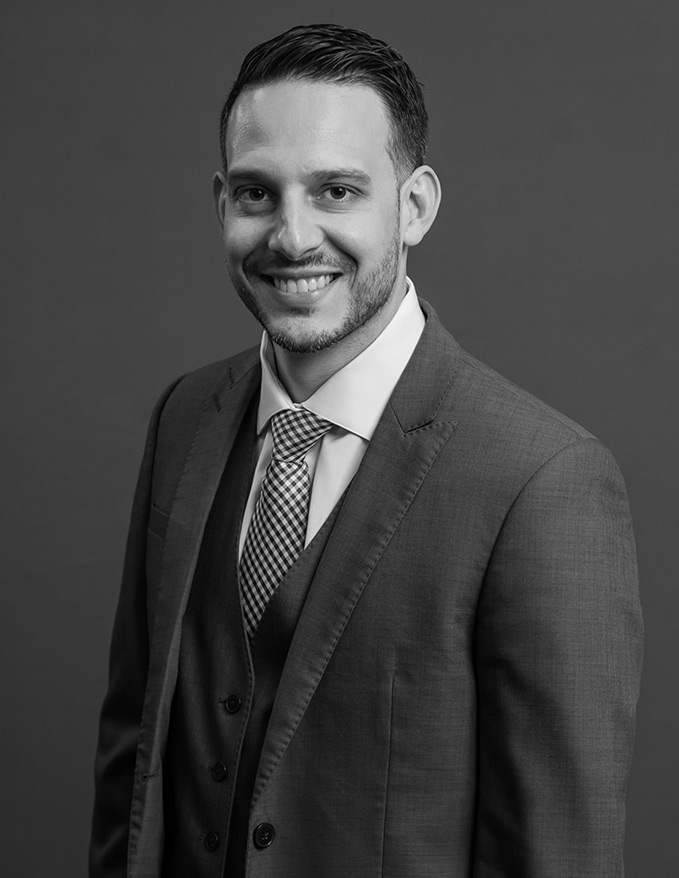 Freddy Perera is a founding partner of Perera Alemán. Freddy has elite academic accomplishments, a big firm background, and a passion for personal service—the type of passion that is at the heart of the Firm.

Before attending law school, Freddy obtained his bachelor’s degree from Florida Atlantic University where he graduated number one (1) in his class with a perfect 4.0 GPA. Following his undergraduate degree, Freddy worked as a law clerk at the City of Hialeah, where he became acquainted with public sector law. Thereafter, Freddy attended law school at night and worked as a year-round law clerk at the national labor and employment firm Ford & Harrison, LLP for several years. Prior to his graduation from law school, Freddy also worked as a law clerk at another national labor and employment firm—Ogletree, Deakins, Nash, Smoak & Stewart, P.C.

Although the Firm represents companies and public entities, it also frequently and proudly represents individuals. As a first-generation immigrant raised by a heroic single mother, Freddy learned the importance of helping those in need. Helping workers obtain justice by recovering unpaid compensation or prevailing on cases of unfair treatment is one of the Firm’s great joys. While many law firms specialize in either defense or plaintiff work, particularly in the labor and employment law arena, Perera Alemán believes its experience on both sides gives it a unique advantage in litigation.

Freddy also frequently appears as an employment law contributor on television programs such as NBC 6, Telemundo, and America’s Voice.

Freddy is an AV rated lawyer, the highest ranking for legal ability and ethical standards issued by Martindale Hubble®. Freddy appears as AV rated in both the peer review and judicial editions.  In addition, Freddy is recognized as a Rising Star by Super Lawyers®,  a Top Lawyer by the South Florida Legal Guide, a Top Rated Lawyer by Legal Leaders, and designated as One to Watch by Best Lawyers®.  Freddy has been recognized as one of 40 Under 40 Outstanding Lawyers by the Cystic Fibrosis Foundation®.

Freddy has served as a Director of the Broward County Hispanic Bar Associated and served as the Chair of the Law School Liaison Committee of the Florida Bar Labor and Employment Law Section for multiple years.